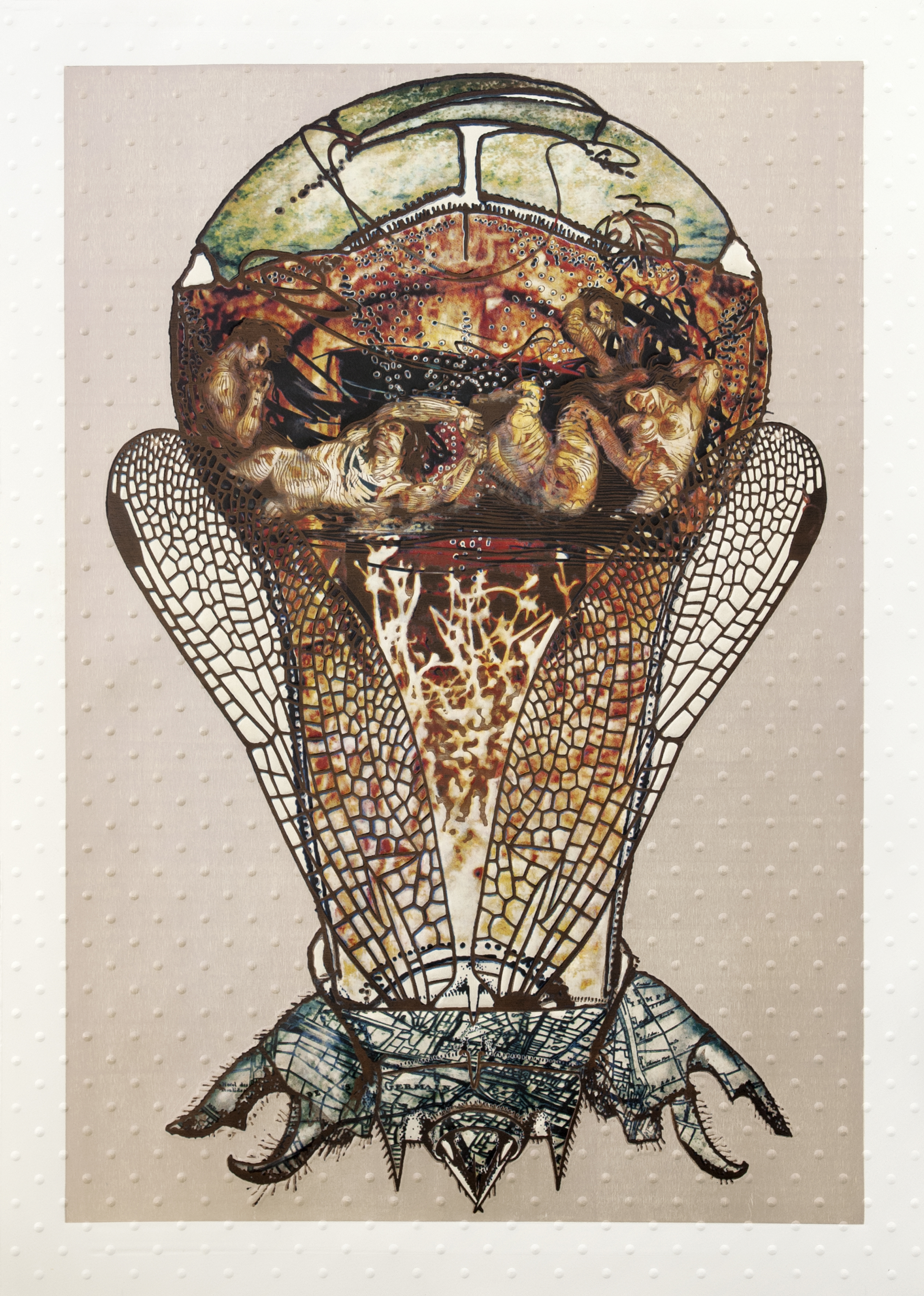 Moncton NB, on January 28th, 2020 – Acadian artist Jacques Arseneault will be honoured at the Aberdeen Cultural Centre’s 9th annual auction on Saturday March 14th at 7:00PM. Three of his works will be put up for auction, including La barque de Dante, a key element in the famous series of Les Demoiselles.

Meticulous artist internationally recognized for his wood engravings and lithographs, Jacques Arseneault was one of the first artists to have a studio at the Aberdeen Cultural Centre in 1981. Cofounder of the Imago prints workshop and member of Gallery 12, he taught at the University of Moncton during the day and then returned to his studio to create – a routine he maintained until the early 2000s. Since then, he has occupied his own studio in downtown Moncton. His works have been exhibited in Canada, the United States, France and China. For the auction, he has chosen to present three of his works: La barque de Dante, already existing, another piece which he has just completed and which will undoubtedly be his last Demoiselle, and a last one created especially for the auction.

Jacques Arseneault is delighted with this nomination, which comes at a key moment in his career: “I am very happy to have been chosen to be the star artist of the 2020 Aberdeen Cultural Centre auction since it is there that I started my career and got my start. Among other things, I shared one of the first workshops there with Paul Edouard Bourque and I was very involved in several visual art associations whose premises are still there today. “

Since 2012, the annual auction has proven to be the largest fundraising activity for the Aberdeen Cultural Centre. René Légère, General Director of the Centre, is delighted that Jacques has accepted the invitation: “If the Aberdeen Cultural Centre is what it is today, it is clearly thanks to mediating and committed artists such as Jacques Arseneault, who remains a cultural pillar in the world of the arts in Moncton and Acadie. His work is unique and exemplary and we are honoured that he accepted our proposal.”

More than forty works will go on sale during the evening. The names of the artists as well as all other details of the event will be announced soon. 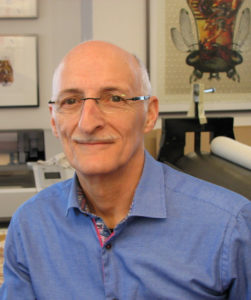 Jacques Arseneault is interested in the reconciliation of the written and the visual. Literature is an important source of inspiration for him and it occupies a large place in his work, as evidenced by, among other things, a series of engravings inspired by Kafka’s novels, in which a dialectical relationship is established between image and text. He was also inspired by the poems of Acadian poet Gérald Leblanc to create a series of woodcuts and large monotypes.

His multimedia works of art were exhibited first in New Brunswick, then across Canada, China, the United States and France. His exhibitions include Kafka (1985), Pair of Dice / Coup de dé (1991-1992) at Galerie Struts in Sackville and Galerie Sans Nom in Moncton and Flying Damsel (2010) at Rowen Art Gallery in University of North Carolina, Charlotte, USA. In 2015, he was part of the largest exhibition of Canadian prints entitled “Resonance”: Canadian Contemporary Printmaking Exhibition, at the Shengzhi Art Center, China. In 2012, he was invited to present his work at the colloquium entitled “Roussel, hier, today”, in Cerisy-La-Salle, France.

Although remarkable, Jacques Arseneault’s contribution to the visual arts is not limited to his artistic production and his teaching. He is also a founding member of Atelier Imago, located at the Aberdeen Cultural Centre in Moncton, and has chaired the board of directors of the Galerie Sans Nom for several years. He regularly participates in fundraisers for the Galerie Sans Nom, the Imago workshop, and the Aberdeen Cultural Centre.

Jacques Arseneault’s works are part of public and private collections, including those of the New Brunswick Art Bank, the Canada Council for the Arts, the Art Gallery of the Université de Moncton, the Beaverbrook Gallery, and the Shengzhi Art Center in Beijing, China.