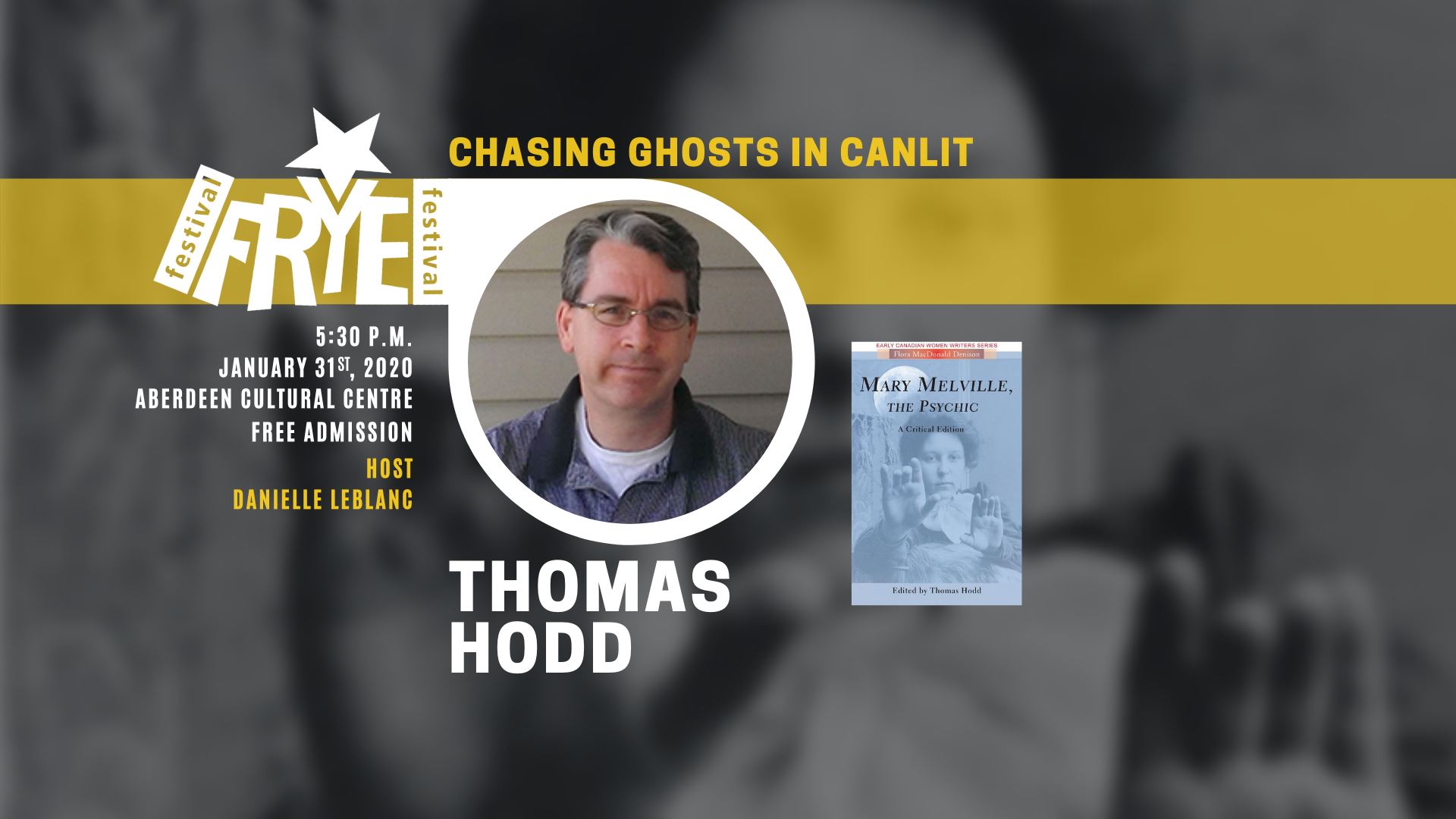 Join us for an otherworldly chat about the occult in Atlantic and Canadian literature, from the literary beginnings of Ghostbusters to the connection between spiritualism and feminism to the occult activities of Charles G.D. Roberts and Bliss Carman.

Based on the life of Denison´s older sister, Mary Melville is the story of an alternative New Woman figure, a gifted young scholar with psychical abilities from small-town Ontario, whose promising life is cut short by a world not yet ready for her message or her powers. Surprisingly modern in its blending of fiction and non-fiction, Denison’s turn-of-the-century portrayal of Mary Melville as a strong young woman endowed with special psychic powers charted a new course in the representation of the New Woman figure in Canadian literature.

Although lost to literary obscurity shortly after its first publication, this new edition of Mary Melville, The Psychic sharpens the book’s twinned spiritualist-feminist themes through a lengthy critical introduction, explanatory notes, as well as reviews of the first edition and several appendices to contextualize the impact and influence of spiritualism on Victorian Canada.

Thomas Hodd
Thomas Hodd is a cultural critic, playwright, and editor, whose essays and reviews have appeared in The Globe and Mail, Toronto Star, Canadian Art, the Literary Review of Canada, the Telegraph Journal, the Maritime Edit, and Studies in Canadian Literature, among others. His play, No Man is an Island, was recently produced by the Saint John Theatre Company. He is managing editor of The Antigonish Review; he is also the editor of A Soldier’s Place: the War Stories of Will R. Bird (Nimbus) and more recently Mary Melville, the Psychic: a Critical Edition (Tecumsh). He teaches Atlantic and Canadian literature at Université de Moncton.